For Elliott Nevitt, it all started with a risk. A calculated risk, but a risk all the same.

As a prolific goalscorer on the north west non-League circuit – with two FA Sunday Cup medals to his name – his stock was rising as he approached his mid-20s – and balancing football with the rigours of a day job was proving to be a challenge.

He knew something had to change.

“I was working for Plastic Omnium in Warrington, who work for Jaguar,” he explains, in an exclusive interview with Sky Sports. 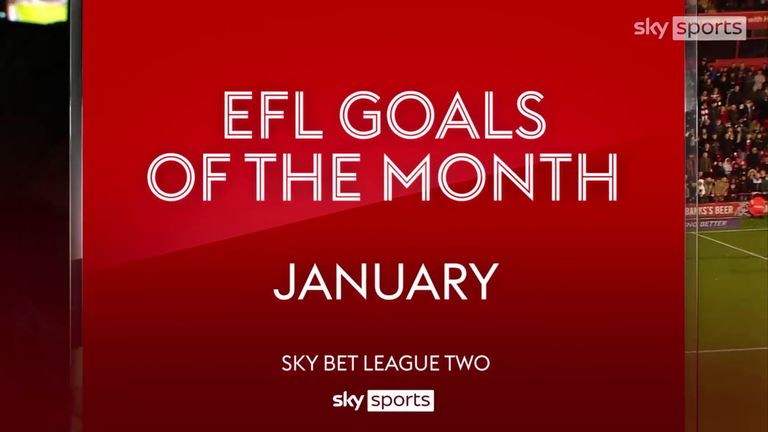 Watch the Goal of the Month nominations for January from Sky Bet League Two.

In October 2020, he joined Warrington Rylands 1906 of the North West Counties League Premier Division, helping them to the FA Vase final in a season, naturally, disrupted by the Covid-19 pandemic.

Little did he know that, seven months later, one afternoon at Wembley would see his life change and that gamble pay off when he scored a hat-trick in a 3-2 win over Berkshire-based outfit Binfield.

“I scored three and should have scored four, really, but the ‘keeper saved one in the last minute,” he laughs. “My legs were gone!

“That was amazing and up there with one of the best things I have ever done. The whole experience of it, too; travelling up and staying, then walking up and into the ground. Wembley is just unbelievable.

“But once the whistle went, it was just a normal game. I love playing in the big games, so once I scored the first one, I just thought that I could keep scoring. We won as well, so I was made up because the whole club deserved it.”

The phone soon began to ring – and regularly.

“I signed with Paul Stretford, who is the owner of Warrington, and found out that Tranmere were interested. They just told me what I wanted to hear. I signed and that’s the best choice I could have made to be honest.”

Last summer, Nevitt joined Tranmere on a contract until the end of the season. It would have been understandable if he had just developed sufficiently in order to make the step up and then made the matchday squad, with a handful of cameos along the way.

But he has achieved much more than that.

He has appeared in 29 of Rovers’ 34 games in Sky Bet League Two – starting 21 of those – scoring four goals and recording one assist in all competitions. He scored on his debut against Oldham in the Carabao Cup, too. “I’ve scored probably thousands of goals, but once you score as a professional, with the fans singing your name, it is amazing,” he says. “But I still want to get to 10.”

Did he expect everything to fall into place so perfectly?

“I don’t think it was supposed to happen as quickly as it did, to be honest,” the 25-year-old continues. “I was just going in, seeing what the pro life was like, trying to get fit and building my way up to being a first-team player. I just worked hard and it all happened so soon.

“Micky [Mellon, Tranmere manager] understands where I’ve come from and he has helped me. He always speaks to me and, when I’m doing well, he says: ‘Don’t ever forget how far you have come, just keep going’ – that’s what I want to hear.

“The step up at the beginning was hard because I didn’t have a break through out the summer; because of Covid, I was playing every week. I was already fit, but when I got there, the levels were completely different. The players were like machines!

“When I joined Tranmere, I was 93kg and now I’m 81/82kg. The staff spoke to me about trying to get down to 88kg and I ended up getting down lower because of the extra stuff I have worked on myself. I have always been fast, but since I have lost that weight, it’s crazy how much faster and fitter I have got.

“I have always been strong and powerful, but that hasn’t changed with losing the weight. I’ve just become a bit sharper and faster. I’ve worked hard and it has paid off.”

And it has paid off to such an extent that, in November, he was handed a new deal, which will see him remain at Prenton Park until the summer of 2023.

“I wasn’t expecting it, but the gaffer said that I had come in, proved how good I am and that I deserved another contract for two more years.

“Joining this club was massive because I could still live at home. I wasn’t travelling or staying away from home when I was just turning professional. If I wasn’t in the squad and I was living away, it could be hard or depressing, but I can sometimes switch off and chill whereas, if I was somewhere else, I could be in a hotel and my mind could be racing.

“I don’t want to go anywhere else, I want to stay at Tranmere and that contract just showed me that they want me there as well.” 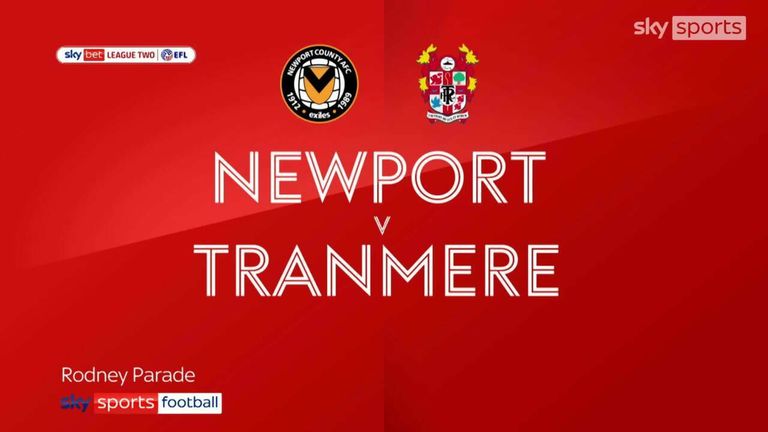 Life has changed for Nevitt in the way so many millions around the world dream of, but he has not let it go to his head. He is still a regular at Anfield, watching his beloved Liverpool in midweek and Sunday games that do not interfere with Tranmere’s busy schedule.

“Nothing has changed since I turned pro,” he says, with a hint of pride in his voice. Growing up, this is what I wanted to do and now I’m doing it and I never thought I would. I just can’t take anything for granted.

“I still go and watch all my mates in Sunday league. I always go and support them. I just love watching and being involved with football.”

Old habits die hard. You can take the man out of non-League, but you cannot take the non-League out of the man.

The Unabomber’s Next-Door Neighbor Speaks Out In New Book