Emma Hayes says she is ready to return to her duties as Chelsea Women’s manager, adding there is nowhere better to do so than in front of 40,000 supporters when her side take on Tottenham at Stamford Bridge on Sunday.

Hayes has been away from the touchline for over a month after undergoing an emergency hysterectomy, with her assistant Denise Reddy and general manager Paul Green stepping up in her absence.

The manager could not have picked a better game for which to return, with London rivals Spurs heading to Stamford Bridge in front of a sold-out crowd for their WSL clash.

Hayes joked: “I told my doctors my first game back was in front of 40,000 and they were like, ‘Really?’ I’m about ready for that.

“The club have done so well to be able to sell out and I’m just really looking forward to seeing the fans and getting the chance to be with my team again.

“There’s no better place to play than Stamford Bridge.”

Hayes returned to work during this month’s international break but warned she will require more time to return to full health.

“It’s nice to be back,” said the Chelsea boss, who is celebrating 10 years at the club. “I’ve had six weeks of recovering and I still think it will take probably through the rest of this year to return to complete normality.

“I’m just grateful to feel a lot better and happy to come into a team that’s been doing well in my absence, and just to be around the staff and the players again.” 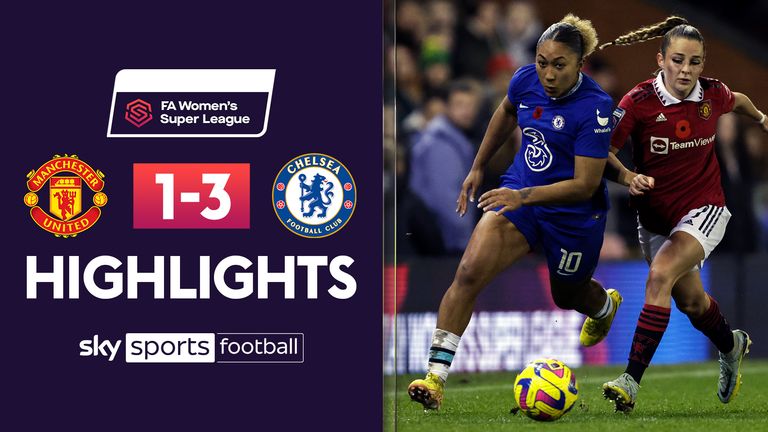 Chelsea have performed remarkably in Hayes’ absence, winning all six of their matches, including a 3-1 win at Manchester United, who had won every WSL game without conceding a goal before they took on the Blues.

Hayes said she stayed in touch with Reddy from home and was confident in her assistant’s ability to manage in her absence – even when technology let them down.

“I didn’t mind it,” Hayes said of watching her side on television. “I had an earpiece with Denise and only in the Man Utd game did it stop working in the second half. But I was happy with the way we were playing and I feel so confident with the work my entire team are doing.

“Denise has done a superb job without me being there, and Paul. Paul said it many times – we’ve got such an experienced group that I’ve been able to comfortably heal without the stresses.”

Chelsea could be three points behind WSL leaders Arsenal – whose manager Jones Eidevall said he was “really happy” to see Hayes return – by the time they kick off against Spurs, with the Gunners hosting Man Utd on Saturday – live on Sky Sports.

Eidevall’s side have taken maximum points from their six WSL matches and have a game in hand over Chelsea, but Hayes says the relentless pace at the top of the table is no surprise.

“It’s been like that ever since I’ve been here,” she said. “We don’t actually have a lot of time between games.”

Such is the speed at which the matches arrive, Hayes admitted she “didn’t even know we’d played eight games” since the opening weekend defeat at Liverpool.

Erin Cuthbert has been a regular during that eight-game span – all of which Chelsea won – and the Scotland midfielder was rewarded with a new contract until the summer of 2025 this week.

Hayes praised the progress Cuthbert has made since joining the club as a teenager in 2016 but insisted she can still do more to reach the “top level”.

“This is a player that’s grown from a youngster into almost that senior pro category and established herself as one of the key players in the team,” said Hayes. “Her role in midfield has been well-documented – she’s tireless in what she brings to this side.

“I’m thoroughly delighted she’s signed for another term with us. Erin will push on – knowing what her future is is important.

“The challenge for me now is to push her to add the bits that I think she really needs to get to the top level. She’s certainly willing and able to do that.”

Not everyone listens when Tiger Woods speaks